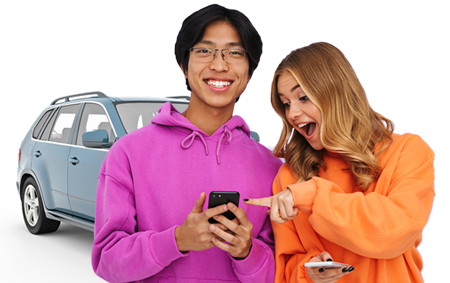 March 6, 2017 — Getaround, a peer-to-peer car sharing service providing individuals with the ability to rent cars from people nearby by the hour or the day, has stepped up its advocacy effort aimed at bringing its fast- growing rental community to New York. Earlier this week, Getaround initiated a media buy to amplify the benefits of its service, and simultaneously intensify its advocacy efforts in Albany.

Getaround empowers car owners to share their car when they aren't using it with people in their neighborhood who don't own a car but need one from time to time.

"Getaround puts people at the center of how transportation is evolving across the U.S.," said Jessica Scorpio, Founder and Chief Marketing Officer of Getaround. "Car owners get paid for each trip, helping recoup the rising costs of car ownership, often the second-highest household expense in the U.S. For renters, Getaround complements traditional public transportation and innovative ride sharing services like Uber and Lyft, making it easier than ever for people to live car-free."

Peer-to-peer car sharing services currently operate in 49 states. According to Scorpio, well over 10,000 New Yorkers have already signed up with the car sharing service and are waiting for Getaround New York to be launched. In cities across the U.S., nearly 500,000 people are sharing cars with people nearby thanks to Getaround.

Renting cars on Getaround is easy: Getaround empowers car owners to safely share their cars by the hour with other people nearby. Combining Getaround ConnectTM, the company's patented connected car technology, with auto insurance coverage for every trip, Getaround creates a seamless sharing experience. Renters can search for cars nearby using the Getaround app or website, instantly book available cars without waiting for owner approval, and locate and unlock the car using their phone.

Along with bipartisan support for amending New York's insurance law to allow peer-to-peer car sharing, this legislation has the support of the environmental community (NRDC), the business community (The Business Council of New York State), academics (NYU's Arun Sundararajan) and a number of major neighborhood groups, representing over a million New Yorkers.

"New York is the only state in the country that does not allow car sharing, this needs to change," said Senator James L. Seward (Oneonta). "Car sharing will allow New Yorkers to meet their daily transportation needs without having to own a car, saving them thousands of dollars per year. This is good for local residents, the environment and our state economy."

For New Yorkers, it's a local economic stimulus made possible by generating additional income from the assets they already own. On average, car owners earn $500 a month by sharing their car on Getaround while it's not in use.

What's more, Getaround's carsharing platform will unleash significant economic, environmental and transit benefits at scale. If 10,000 New Yorkers share their car on Getaround, it can take 100,000 other cars off the road, offset up to 1 billion pounds of carbon pollution, and inject millions of dollars directly into local economies every year - at zero cost to taxpayers.

"Car sharing companies like Getaround have the potential to provide significant economic benefits to the state and its residents, especially middle and lower income families," said Senator Seward. "These are the innovative companies we need to move our economy forward - now is the time to support car sharing in New York State."

About Getaround
By combining Getaround Connect TM , our patented connected car technology, with streamlined auto insurance coverage, Getaround creates a seamless and fun sharing experience. Owners share cars ranging from a smart to a Tesla, earning thousands in extra income each year to offset the high cost of car ownership, while making a positive impact on the environment. Getaround users can conveniently rent nearby cars and save money on auto payments, insurance and maintenance. For more information, visit Getaround.com , like us on Facebook , or follow-us on Twitter and Instagram.